First time I ever seen a bit coin ATM was this weekend near Winnipeg at the Frantz Inn. The Frantz Inn is apparently the only night club in Steinbach, Manitoba. It’s a nice looking place, we had good rooms for the night and very nice restaurant to dine in. Rates seemed reasonable at 99 for the night and included two $8 vouchers for breakfast. 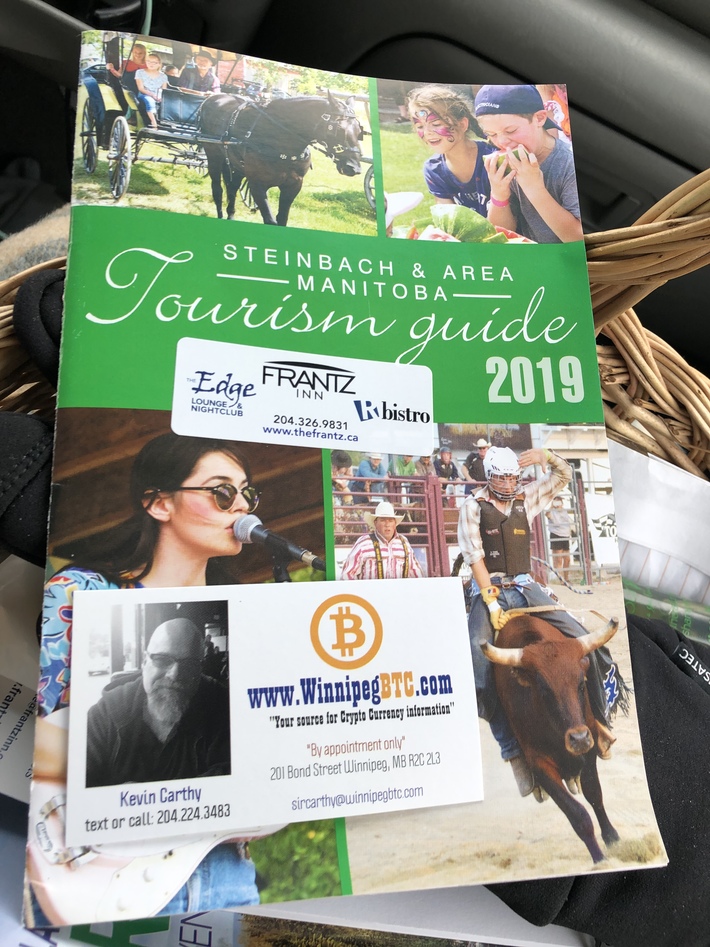 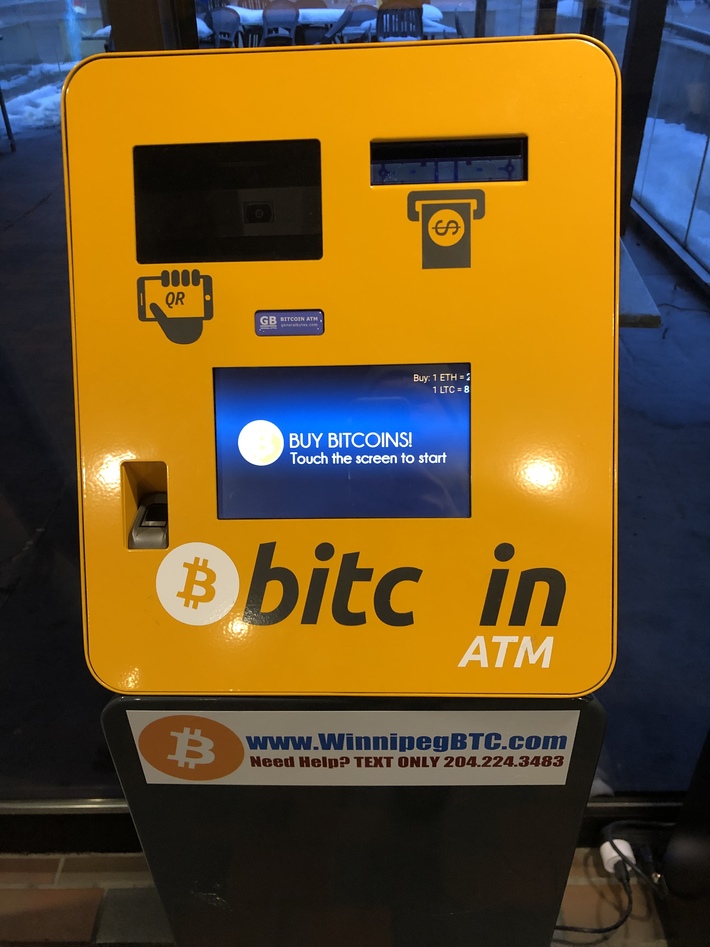 Met a Manitoba MTO Forman after we got on the Trans Canada , apparently there is still homes west of Winnipeg that still are without hydro, lots of snow , and the area has been building in flood waters since early September, it’s been raining a lot, rivers are over their Bank’s most everywhere. Because it is so wet the leaves have not had a chance to fall off the trees yet in many places and that has contributed to a lot of branches breaking with the snow sticking to the leaves . We seen that in Winnipeg, large branches down everywhere. It was a mess. He knew the owners of the Frantz and was living in Steinbach, we greeted each other with Thanksgiving wishes and pleasant thoughts of driving safe . There is not too many people out traveling these roads today on Thanksgiving Sunday. 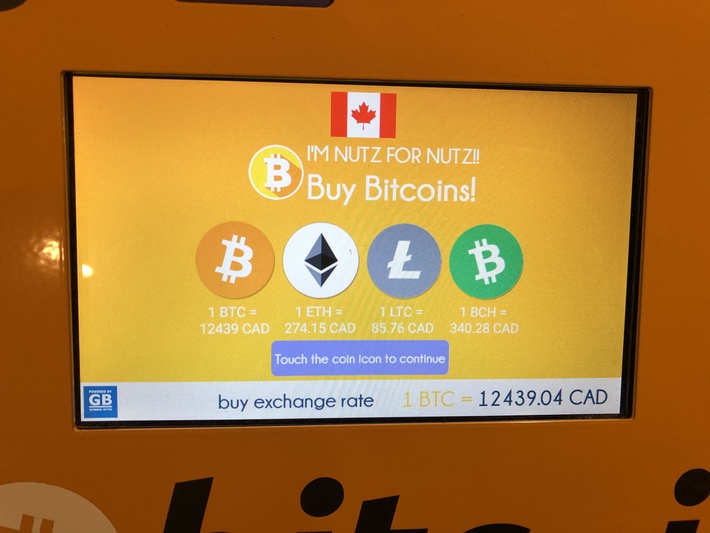 Www.WinnipegBTC.com will get you info on the Winnipeg entrepreneur encouraging BitCoin in the region. Check out the pictures for the different conversion rates , great conversation piece and a precursor to the new currency. Reminds me that a bit coin exchange for maple and birch water transactions could be in the future as I have previously envisioned. 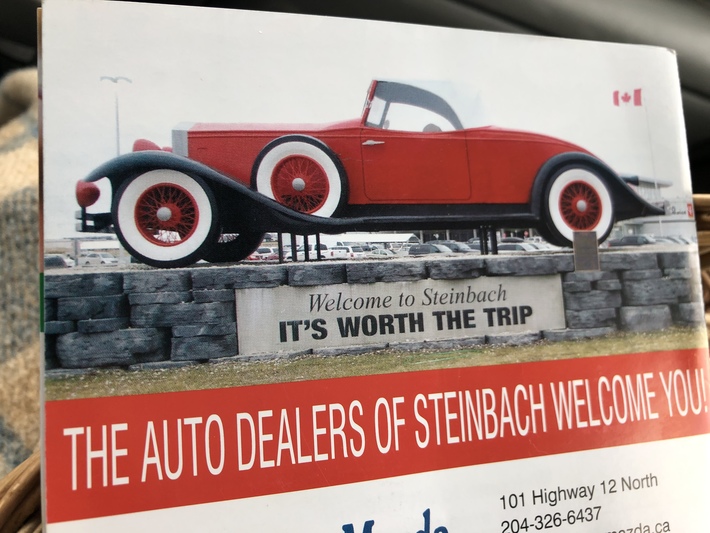 Now, what were you doing there ?  Well, picking up a claw for the South Coast Escape Company to be part of “The Capitol” escape room coming to our area soon. 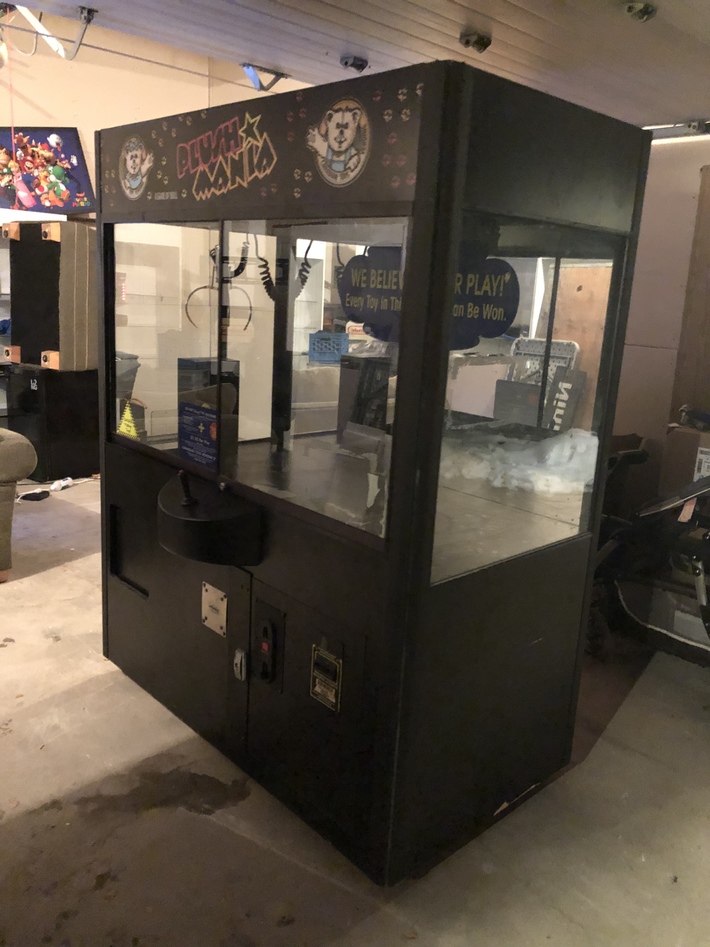